You are here » Company » History

In 1842 Captain J Buller and J Devett purchased the Folly Pottery, in Bovey Tracy, Devon and started in business as the Bovey Tracy Pottery Company. Using Cornish clay and coal from Staffordshire and Somerset, they produced a wide range of ware including bed knobs and door furniture. As the business grew, it suffered increasingly from the cost of transporting coal to Devon, and so the owners decided to move the company to the Potteries to be at the centre of the pottery industry. By 1862 W W Buller & Co were trading in Joiners Square, Hanley and by 1865 the pottery had three bottle ovens. Bullers were one of the first companies to explore the new markets created by electrical power, and by 1868 they were supplying porcelain Insulators complete with Ironwork in large quantities. Many government contracts followed, and Insulators were produced for Australia, Africa, India, Canada and Hungary.

Much of this earlier work was involved with telegraph Insulators, but Bullers were also able to supply Insulators for the Metropolitan Railway, for London County Council Tramways, and for many other transport systems. In 1883 the Buller-Harris partnership was established, and in 1890 the company became Bullers Ltd. Expansion continued, and so the Hanley site soon became inadequate. From this, the decision was taken to build a new factory at Milton, then in the countryside outside the Potteries. Work started in 1917 and the factory was fully operational by 1920. Electrical porcelain was the mainstay of both factories.

This continued until 1959 when there was an agreement between Bullers Ltd and Taylor Tunnicliff to form Allied Insulators, sharing technical and sales expertise, whilst operating under there own names. This remained the same until 1972 when Taylor Tunnicliff Eastwood, Hanley closed, causing the amalgamation between Bullers and Taylor Tunnicliff to become Allied Insulators Ltd with factories at both Milton and Stone. The amalgamation enabled knowledge of over 100 years to be shared, with the result that the new company was well equipped to meet the demands for future business both at home and worldwide markets.

A management buyout in 1999 saw Allied Insulators purchased along with Wade Ceramics to form the Wade Allied Group. The Milton manufacturing site was closed in 2001.

During 2011 a management led buyout of Allied Insulators from the Wade Ceramics Group saw the company restored to its original form as a manufacturer in its own right.

ABOUT US | NEWS | CERTIFICATES | TESTING AND DESIGN 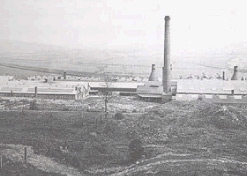